Winter in Cornwall is a wonderful time of year to visit despite the rain and wind at time. This time of year is one of our favourites here at Luxury Cornwall. Cornwall towns and villages offer great festive activities, but this time of year brings more stormy excitement to Cornwall and its coastline.

As the South West of England is one of the stormiest parts of England, December and January offer the best of the winter months to view the dramatic skies and seas around Cornwall. So, if you’re looking for some drama and excitement a good old Cornish storm will not disappoint.

Whilst a few of the hotels on Luxury Cornwall offer you the chance to be able to witness the stormy seas from the warmth of a bar, restaurant or armchair, many of the locations along the coast of Cornwall listed below offer the best vantage points when trying to get a good look at the power of Mother Nature. Here are a few of our favourites at Luxury Cornwall:

Botallack is a village in the far reaches of west Cornwall, near Land’s End. The BBC television series Poldark was filmed partly in Botallack, using Manor Farm as Nampara. Botallack is a popular storm watch location due to its dramatic scenery and impressive sights including the coastal mine. When a storm is predicted this place puts on a great show. 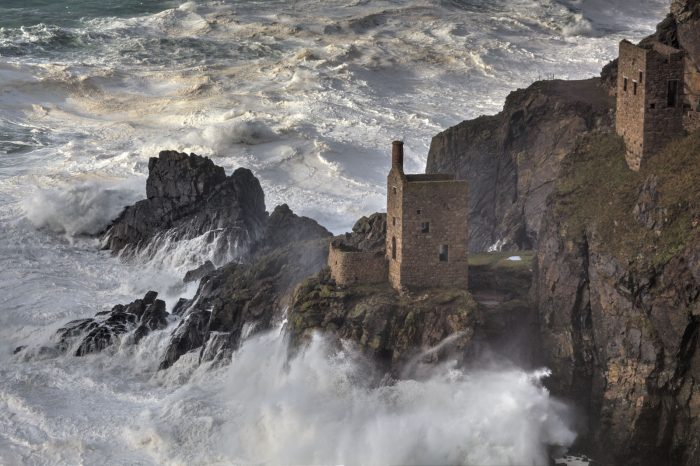 Sennen Cove is a small coastal village in the parish of Sennen in South Cornwall. The South West Coast Path passes through Sennen Cove making a great coastal walk with dramatic views. Sennen Cove in recent years has seen huge coverage from the media due to its gigantic waves slamming into the headland. As a photographer’s favourite, this place is super to capture the raw beauty and power of the Atlantic Ocean. 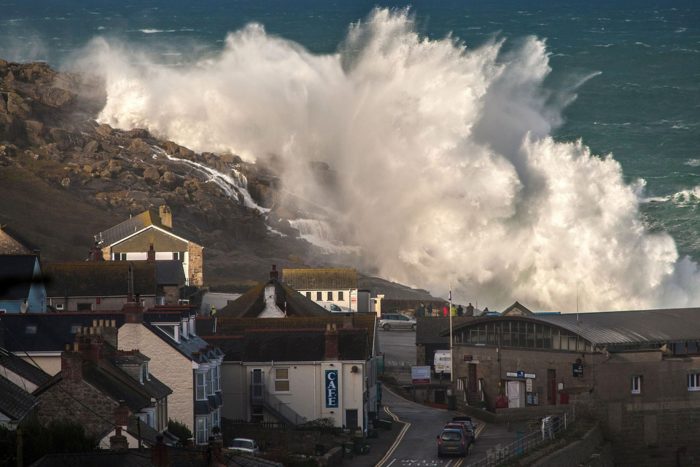 As the country’s most southerly point, this is one of the best spots in all of England for storm watching.  Due to the Lizard Points geographical position means it gets the full force of an Atlantic storm in Autumn and Winter. 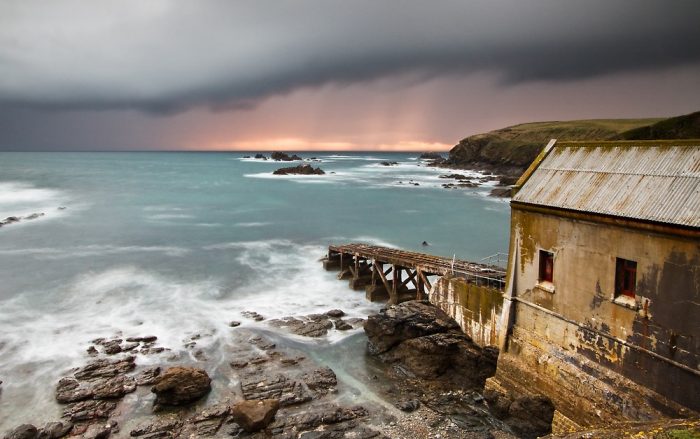 Bedruthan Steps is a stretch of coastline located on the north Cornish coast between Padstow and Newquay, this north coastline of Cornwall is one of the finest views of dramatic cliffs and coastline in the south west. This stretch of coastline puts on a breath-taking show when a storm rolls in – witnessing the coastline battered by huge waves here makes it clear how the sea stacks have been created here over time.

Porthleven is a town and fishing port near Helston in Cornwall.  It is the most southerly port on the island of Great Britain and it probably Cornwalls most famous storm watching point.

Back in 2014 it was battered by one of the biggest storms to hit the UK producing huge waves which battered the harbour and coastline. This resulted in some spectacular viewing and photos. Definitely the number one spot for storm watching in Cornwall in our view. 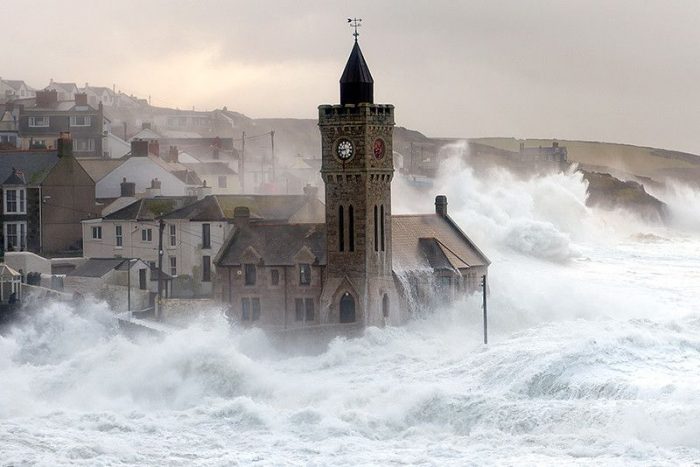 Just a note to finish and maybe a word of warning. As much as the storms in Cornwall can provide awe inspiring spectacles, it is very important to remember that they can also be very dangerous.  Please when visiting any of the sites listed above or elsewhere in the Cornwall, it is imperative that you keep yourself at a safe and sensible distance and adhere to any weather warnings or advisories.